Doug Casey: With Some Luck, Trump Will Destroy the Republican Party 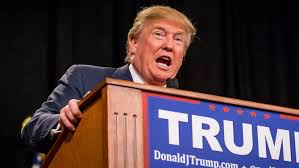 Nick Giambruno: There is a popular conception that only the “best and brightest” go into government. I think this is a sacred cow that needs to be slaughtered. What’s your take, Doug?

Doug Casey: It’s a real problem when a pernicious myth subverts reality. Everybody believes that the institution of government is like Camelot—a wise ruler assisted by noble paladins. Maybe that meme gained traction in recent times with John Kennedy and his good-looking wife, Jackie. They looked like an ideal couple. They weren’t. But they were a lot better than what followed for the next 50 years…

The fact is that the high levels of government do get people with high IQs. They can pass tests. They’re skilled at manipulating both laws and people. But they tend to be of low moral character, number one. Number two, despite their high IQs, they’re actually quite stupid. Let me explain these things.

Government is force. The essence of government is coercion. So, people attracted to it are necessarily the wrong kind of people, coercion-oriented people. Government draws much more than its share of criminal personalities.

Almost everything government does, certainly relative to the economy, creates distortions and misallocations of capital. Their inflation of the currency discourages saving and creates the business cycle. Their taxes and regulations destroy capital. Their actions are almost purely destructive of society. This reminds me of one definition of stupidity—it’s an unwitting tendency to self-destruction. So, people in government are not “the best and the brightest.”

Everybody should purge these false memes about the state and its employees from their mind and look at reality as opposed to what they’ve been told is reality.

The problem is compounded by the fact that television and movies generally portray government officials as noble, thoughtful and virtuous. But this is a completely false impression. Almost an alternate reality. They’re generally not that way. Prosecuting attorneys, for instance, tend to be much more interested in collecting scalps for their self-advancement than they are in justice. Cops have been transformed from peace officers into law enforcement officers.

Frontline cops on the beat used to use common sense in keeping the peace; that was their job. But that’s becoming less and less the case; they’re now, instead, mostly charged with enforcing a myriad of arbitrary laws. More than in the past, the wrong kind of people are going into policing now. They’re guys who have an extra Y chromosome. Most are now ex-military, who have picked up a lot of bad habits in the government’s numerous foreign adventures.

Nick Giambruno: This kind of thinking—that government employees are naturally good, virtuous people—appears to have even infected Gary Johnson, the Libertarian Party candidate for president, who, unfortunately, is no Ron Paul. He recently called Hillary Clinton “a wonderful public servant.”

You were talking about how there are two types of people, those who favor voluntarism and those who favor coercion. For me, at least, Johnson has muddied the waters on where he is exactly.

Doug Casey: Regarding Johnson, I don’t know what his philosophical beliefs, if any, are. The only thing that I think I know about him is that he wants to see pot legalized on a national scale. Well, bravo. I’m all for that, even though I’m not a toker. It’s a step in the right direction toward dismantling the insane War on Some Drugs. But does he have any other libertarian tendencies? He doesn’t seem to have a grasp of the basic principles… although he seems better than the average politician. But that’s not saying much.

I’m especially concerned about his running mate, William Weld, who’s an actual neocon. He’s an overt statist, an active promoter of warfare, welfare, taxes and regulations. He has no libertarian tendencies at all that I’m aware of. I mean, he’s a pure Deep State guy.

It appears that the Libertarian Party has been captured by the Republicans, which is surprisingly clever on the Republicans’ part. Now they have two parties that are registered in all 50 states. It’s kind of a backup system to the regular Republican Party. They’ll need a backup, since the old GOP is a dead duck.

One thing you’ve got to say about the Democratic Party is that, while their ideas are destructive and evil, at least they’re more honest about them than the Republicans are about their own. Democrats make no bones about being the party of socialism, and they naturally attract the envy driven, the class warriors, the politically correct, the cultural Marxists, the gender Nazis and the like. The Democratic Party is beyond redemption.

The Republicans attract a different group. Religious people. Cultural traditionalists. People who generally favor what they think is the free market. They tend to be much more nationalistic and pro-military than the Democrats. But, unlike the Dems, the Reps have no real philosophical foundation.

The Democrats can be viewed as the evil party and the Republicans as the stupid party. But they’re really just two sides of the same coin, at least when it comes to their leadership—they’re all Deep State members. The Libertarians once had a claim to being the party of principle, back in the days when people like John Hospers, Harry Browne and Ron Paul were their candidates. But now, the Libertarians can be viewed, at best, as the smart wing of the stupid party. It’s a sad testimony to the nature of politics…

With a little bit of luck, Trump will end up destroying the Republican Party, which is held together by chewing gum and bailing wire. Its disparate elements have very little in common with each other. The neocons, the evangelical Christians, the social conservatives and people who think they support the free market are there only for lack of a better alternative. They really have nothing in common except a dislike of the Democratic Party.

Although I suspect Trump will win, I expect the Republican Party itself will blow up. The situation is not unlike that before the War Between the States. Very unstable.

This article is originally posted at: http://www.caseyresearch.com/articles/doug-casey-with-some-luck-trump-will-destroy-the-republican-party